Anxiety The ‘Do Not Question!’ Double Bind

The ‘Do Not Question!’ Double Bind 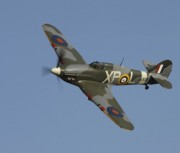 Did you grow up in a household where one of the rules was to accept the word of those in authority without question? People who have difficulty asserting themselves in adulthood have often had this experience and it can lead to serious consequences for the way they approach life and relate to others. How can counselling and psychotherapy help?

The Double Bind
One of the problems of receiving a ‘do not question!’ message in childhood from a person in authority – particularly a parent on whom we depend emotionally and physically – is that in order to get ourselves out from under such a rule we have little choice but to break it. By challenging a ‘do not question!’ instruction we are effectively questioning the authority of the person who has set it – even if the rule is unwritten and the person in authority might not be fully aware of it themselves. This kind of conundrum is called a double bind and escaping from it can be difficult. Double binds are paradoxical instructions or messages that involve an abuse of power over one party by another.

Catch-22 Example
A famous example of a double bind is in the novel ‘Catch-22’ by Joseph Heller. The story is set during World War II and involves the rules governing warplane pilots’ mental fitness to fly dangerous missions. According to Catch-22 in the military rulebook, the only way of avoiding such missions was for an airman to be diagnosed as “crazy”. However, if a pilot asked to be excused they were in effect acting rationally – by not wanting to put themselves in danger – and as such were demonstrating their sanity. Hence, if they were rational, they had to continue flying. The pilots were stuck in a double bind.

Psychological Implications
There can be a degree of comfort in not ever questioning authority. Doing so can make the world feel a little less uncertain and that there is a sense of order and safety. And, of course, there are times when it is imperative that we follow rules and accept authority. However, if we have grown up following a rule of never questioning others – and particularly those on whom we depend for love and security – there is a danger that we will struggle to show our real feelings with the people close to us, leading to confusion on their part (‘I don’t know where I stand with you!’) and resentment for us. People who struggle with assertiveness often describe themselves as people-pleasers and worry about offending others. They can also have a tendency to procrastinate and dwell on relatively minor mistakes or differences in opinion. In short, being subject to a ‘do not question!’ instruction can lead to an underlying assumption along the lines of ‘if I assert myself by being true to my real feelings, the other person will reject me and I will lose a relationship on which I depend for survival’.

How Counselling & Psychotherapy Can Help
The process of counselling and psychotherapy can help you shed light on the assumptions you are making about how to be with others as well as addressing symptoms such as anxiety, procrastination and excessive people-pleasing that are getting in the way of you living your life to the full. As such, successful therapy has the potential to open up and explore new possibilities for relating to others in ways that are built on honesty and respect for autonomy as opposed to fear and guilt.

If you live or work within reach of Brighton and Hove and my approach to psychotherapy and counselling interests you, please contact me via email or telephone 07585 910742 for more information and to arrange an initial consultation.